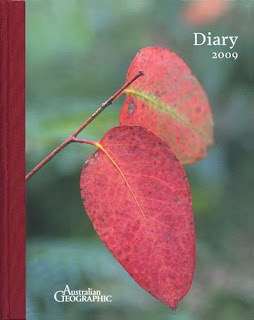 When it is red.

This month our Day Safari group headed out to photograph waratahs. These are stunning, large, red flowers native to Australia which appear during September and October – our springtime. They seem to emit a glow like an inner fire and stand out like beacons in the bushland around Sydney. When our group arrived and we parted the shrubs expecting to find a vivid, massed display, I was a bit embarrassed to discover that they were finished for the season. Despite my research and earlier reconnaissance, I had miscalculated the timing of their flowering and we had arrived a few days late.
But us well-seasoned photographers know how to deal with nature’s mischief. These sorts of disappointments have happened often in my career. I’ve heard the refrain so many times: “You should have been here last week; you just missed it.” Grrrr. After I’ve invested a bundle in getting to some remote location, I could just throttle the local bushy who tells me that!
So what does one do? If it’s an assignment, you can’t just pack up and go home. Over the years, I’ve learned to adapt. I look for something else to photograph that is there. Since the flowers were absent, I told the students to look for red leaves. (In Australia, a peculiar thing happens in the spring. The trees and bushes put out their new growth – not as fresh green leaves – but as red ones!) At first, the students looked at me a bit befuddled but quickly got into the assignment. With good photography technique, good lighting – especially backlighting – and careful composition, you can turn a simple subject, like a red leaf, into cover art.
Australian Geographic has released their 2009 diary which features a selection of my photos. And what did they use on the cover? Yes, my photo of a red leaf. In this shot, the leaf is in fact a dying one – the cholorphyll has been drawn out – but in either case, whether new growth or old decay, the red color of the leaf is equally vivid and equally valid as a strong subject.
You don’t always have to go for the big, knockout subject matter. With a fresh and inquisitive eye, you can hunt out the more subtle, less obvious subjects in nature and get equally impactful images.

3 Comments on “When is a leaf a flower?”