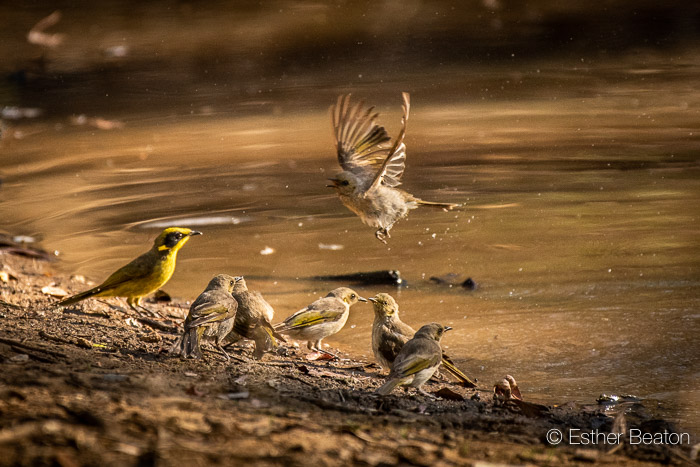 It’s the worst drought in New South Wales “in six generations” some say. Others say it’s the worst recorded since European settlement. Still others say the worst in 400 years.

Chiltern-Pt Pilot National Park, near the New South Wales border, is one of the world’s birding hotspots. When I was there on an assignment in 2004, I also found it exceptionally beautiful, with masses of wattles and other wildflowers. 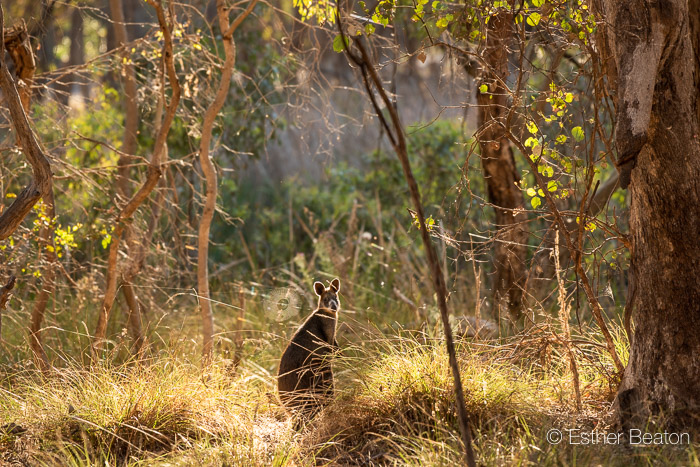 The backlighting might make the landscape look appealing, but Chiltern-Mt Pilot National Park was dry and almost bare of wildlife. This Swamp Wallaby seemed too tired to hop away.

But this January I didn’t even recognise the place. Where were the grey-crowed babblers with their huge communal nests? Where had all the dams and waterholes gone? The whole place was just dried up sticks, thanks to the big drought.

Is there any point in even attempting bird photography?

Despite low numbers, I could still hear birds calling. Some brave and hardy ones were even nesting. Those reproductive hormones don’t stop, not even for inclement weather.

So I persisted. I was determined to make use of the box-ironbark habitat, so good for its diversity of parrots, honeyeaters and perching birds. I drove over many kilometres of tracks looking for waterholes. Cyanide Dam, normally large and beautiful, was bone dry.

Finally I found a waterhole off the Green Hill track.

PHOTO TIP – TURN YOUR CAR INTO A HIDE 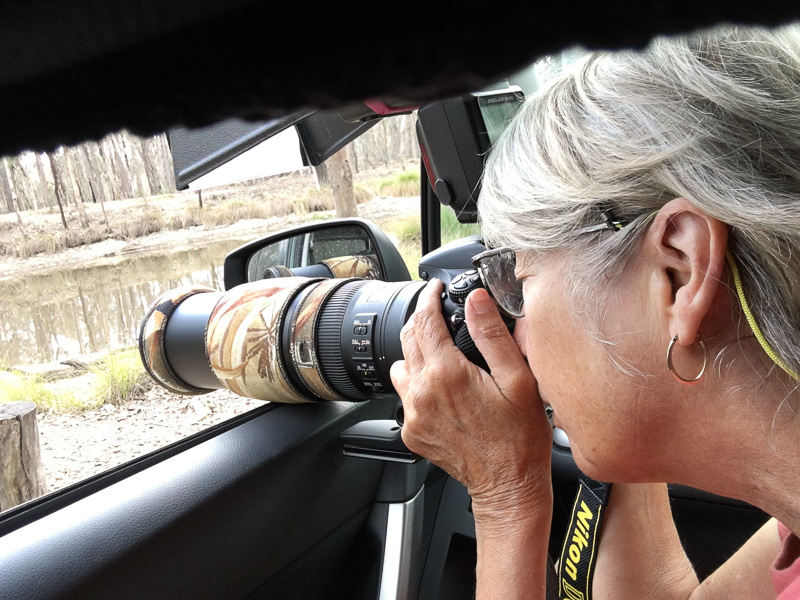 In an open situation like this, it’s best to use a hide. But I didn’t have one with me so I used the next best thing: my car. I positioned it so thatI could rest my camera on the passenger side, where I’d have more room. Within about 5 minutes, a mixed flock of honeyeaters came in for their morning bath.

I was a bit far away, but I knew I could enlarge the image captured by my high resolution D810. I also used flash hoping to freeze their flight action.

In the end I gave up. For the simple reason that the birds were against a muddy brown background. I would never get a good separation of tones, no matter how long I waited for the light to change.

A mobile hide, ie your car, is a great photographic tool. But sometimes you just have to use it to drive away. 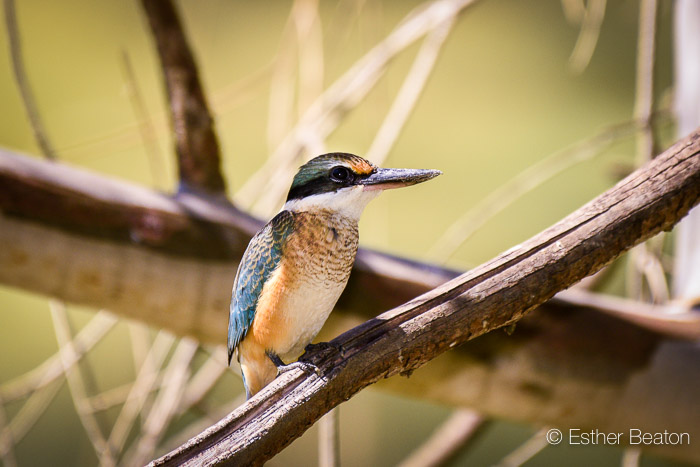 Hoping for more water and more birds, I made my way to nearby Wonga Wetlands. I tried to imagine what the place would be like with its proper levels of water. A sacred kingfisher had to scour a muddy bank a half meter below its normal level. And an endangered brown treecreeper was collecting food uncomfortably close to human buildings, relying on well-watered lawns to find insects for its nestlings. 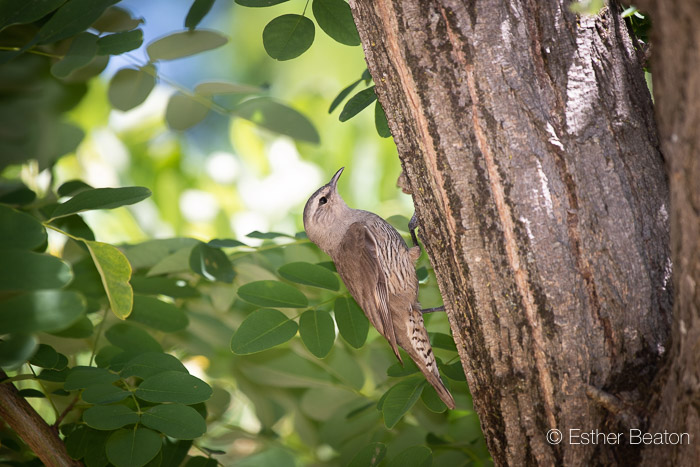 We humans might get saddened by drought conditions but our plucky Australian animals just keep going on, on and on, and on.

2 Comments on “The Worst Drought Ever – are the birds coping?”