I only recently installed MacOS Catalina, even though it was released 7 months ago. Apple as usual, uses a stunning landscape photo of a California landmark for the wallpaper. That evening, I sat and admired it on my huge 27” Retina screen, just revelling in the crisp, fine detail of the photo. Just endless eye candy.

Then something funny happened.

Did I imagine it? The image changed in front of my eyes. It went darker and a bit more purple. 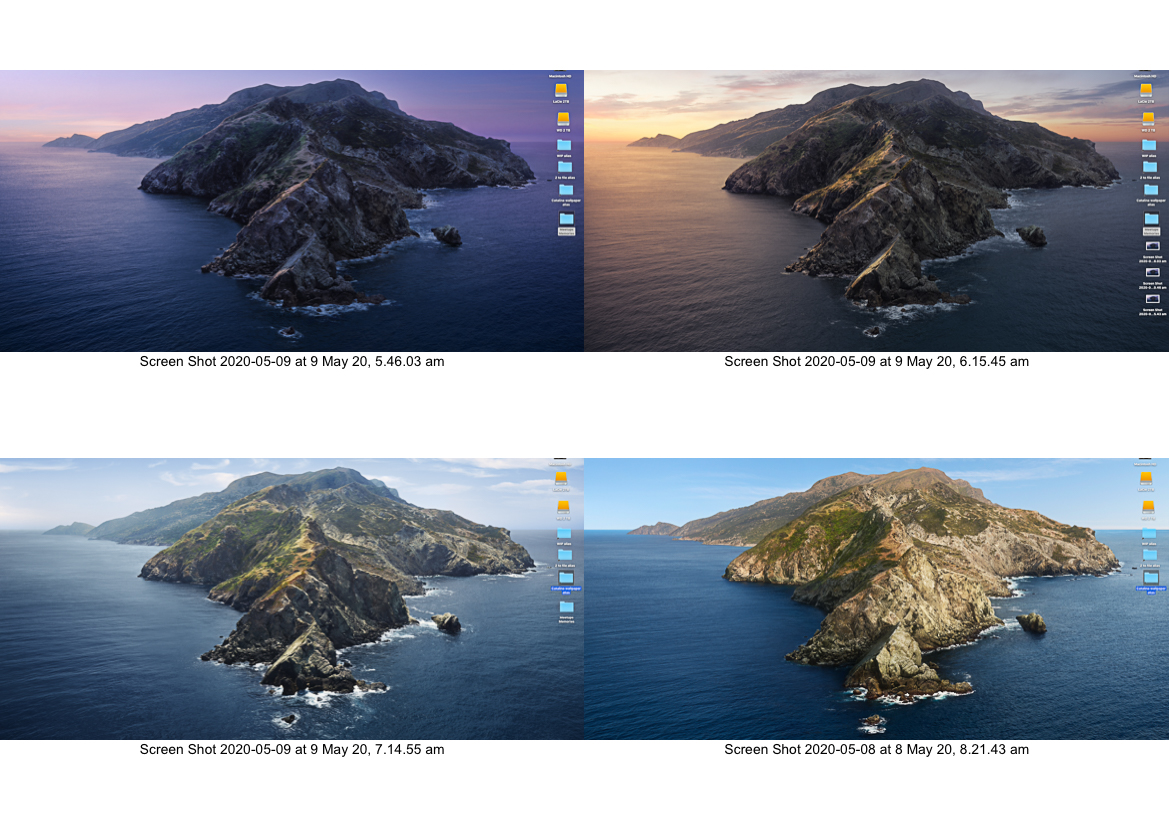 The next morning it was different again. Holy smokes! The wallpaper changes throughout the day! Each scene is a capture of that time of day – in my time zone!. In the first couple hours after dawn the scene changes several times. During the main part of the day, it stays the same: a sunny postcard scene. In the evening my wallpaper shifts quickly through dusk-type scenes. Throughout the night the island remains very dark under a star-studded sky. I am utterly mystified as to how this was done. Obviously a drone image to start, and one using at least a 35mm format. But it’s just not possible to get a drone to hover in the exact spot, to get the exact framing, to capture all these different scenes. 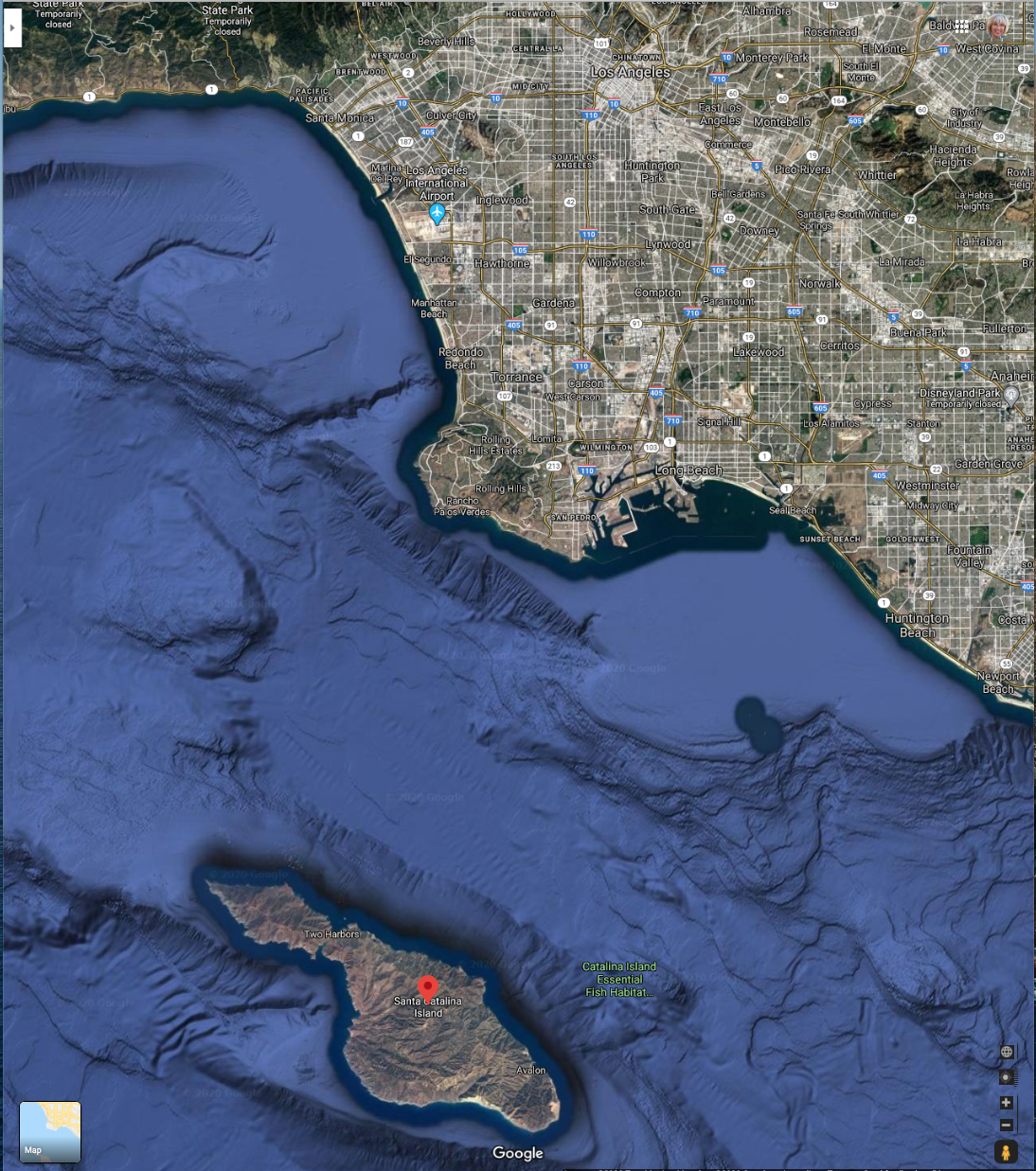 Do you see where the photo was taken from? Obviously just off the western, pointy tip of Catalina. The drone would have been facing ESE. The sun rises from the Los Angeles side of the island and sets on the Pacific Ocean side. Which is just what the 8 frames above are showing.

So here’s the challenge. How was this “wallpaper” created? Obviously lots of post-production; but what about the capture? It’s just impossible I tell you.

NO CHEATING! Now it wouldn’t be a challenge if you Googled it. So try to figure it out yourself using your own photographic knowledge.

6 Comments on “Photo Detective Challenge – How was this “shot” taken?”