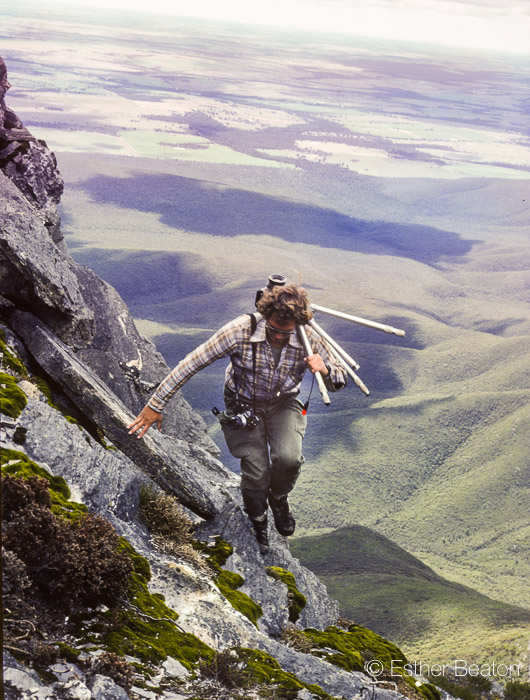 I can understand why outdoor photographer Matthew Dwyer got blown off Bluff Knoll. I’ve been to the peak twice myself. At the top, the winds are fierce, as this tree can attest. 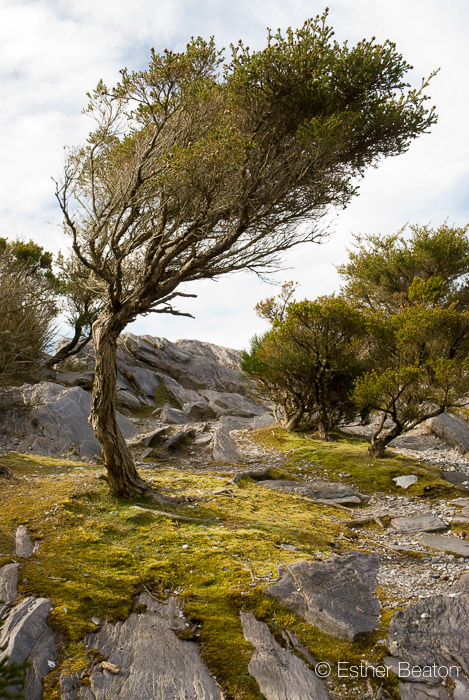 I tend to take risks myself, but it’s nothing to what my ex-husband, Jean-Paul Ferrero used to do. In this photo, he had climbed out to photograph a patch of Darwinias.

I dared not speak in case I startle him right off the mountain. Weeks later, when my film was back from the lab, I showed him the photo and he asked with surprise, “Was it really that steep?”  “Yup” I said.

Those peaks are beautiful and wondrous. Sometimes, as a photographer, you just have to get out there and do the work. It’s called a life purpose. 2 Comments on “Outdoor photographers – why we do what we do”