This graveyard shot looks like it was photographed by the light of the moon. In fact, it was in broad, sunny daylight.

There are several reasons to shoot at nighttime. Sometimes you want to create a gloomy, scary or heavy atmosphere. Sometimes the story or subject you want to illustrate occurred at night. But what to do if you are at your location in the middle of the day with no chance to return later? 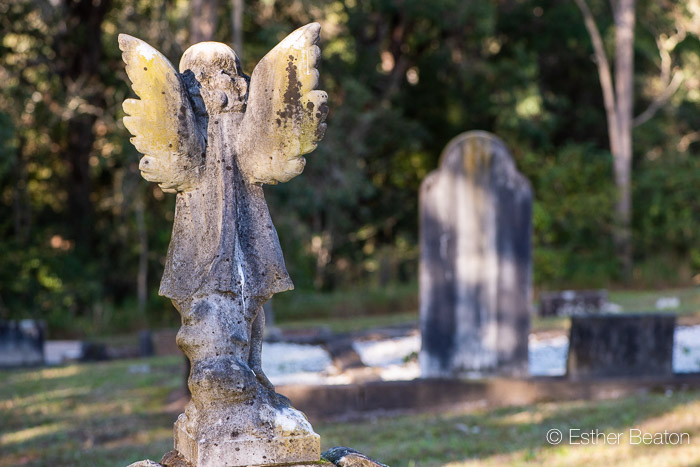 This is how the graveyard shot looked in camera – captured in ordinary daylight.

That’s what happened to me. It was midday when I was scouting for a cemetery where I could hold a Meetup event. But I wanted to show the scene in the way it would likely appear when we arrived at night.

To create such a shot at noon, I followed this 3 step process:

Then, back at the computer, it’s another 2 quick steps: Although photographed later in the day, close to sunset, there is still too much daylight for the moody effect I wanted for this cemetery scene. The same steps were followed to turn this picture into a scene which anyone would think was taken at night.

Afterwards, oh my gosh, the participants really got into the event! What resulted were some of the most creative shots I ever imagined. The standout results, in my view were those of Marj and Carissa.