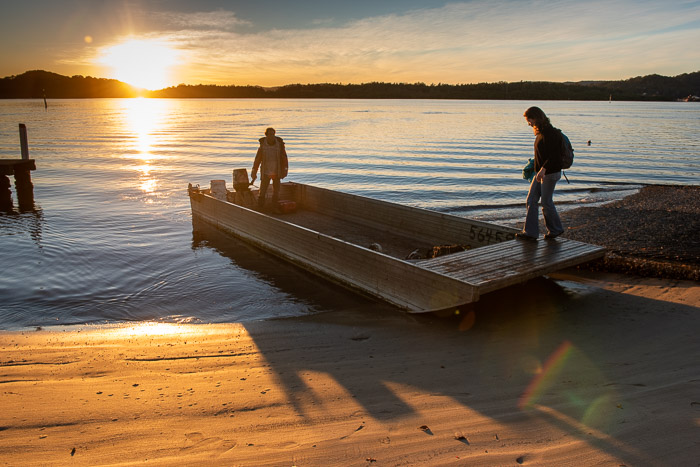 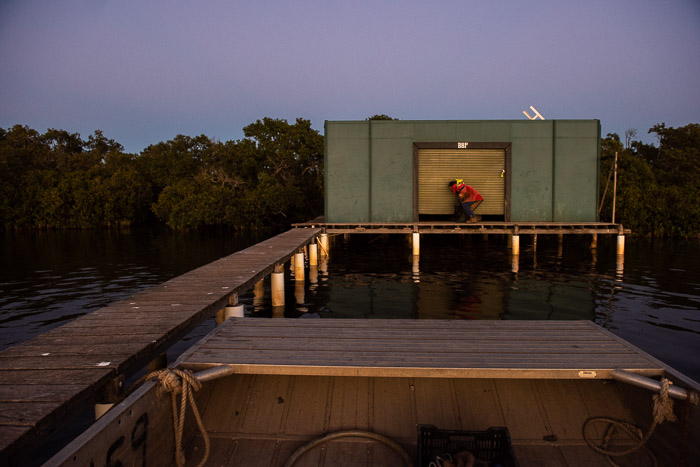 Even when I’m in that high vibrational state, where I feel at one with  the environment and where the art of photography seems like innate intuition, it’s not. It’s like driving a car: you can cruise on auto-pilot but that’s only because you’ve put in many miles of experience behind the wheel.

Photography only comes easily after you’ve shot thousands of frames, and you really know your camera functions, your individual lenses and their performance and all the extras like lighting, composition and accessories. Working with people is one of those areas of photography where heaps of skill seems to be required. It’s not just about cameras and lenses, it’s also about lighting, character and including the story-telling elements. In the upper photo, I was still getting a feel for the people and the place so I just let my subject be. It’s a lovely photo but I wanted something that showed the environment as well.  So in the lower photo, I asked the other pearl seeder to move outside where I had a table and lighting set up beforehand. When dealing with people, I try to be as respectful as possible, first observing them at work, evaluating potential shots and setups. People initially are skeptical or apprehensive; they don’t know what to do in front of a camera. But once they’re involved in their work, they forget about me, the little fly on the wall, which gives me the chance to warm up with some candid shots. 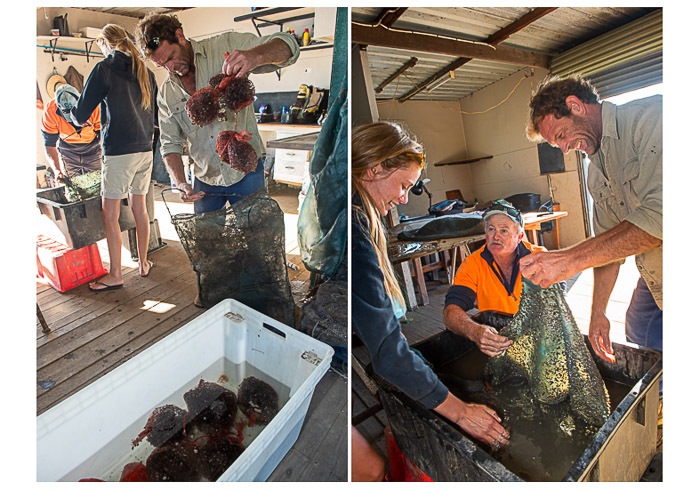 You can’t rely on candid (unposed) photos of people on a magazine assignment. In order to catch their faces, hands and good expressions, you usually have to take some control.

I like to do a mix of candid and posed shots. Candid is the best, revealing genuine expressions and natural behaviours. Most beginners don’t know how to do candid – you know those photos you see of people with their backs to the camera and their faces pointing down or away? Not good! One way to deal with that is to get underneath the person even down on the ground, and pointing the camera up. With a wide angle lens, this always results in an attention grabbing composition. 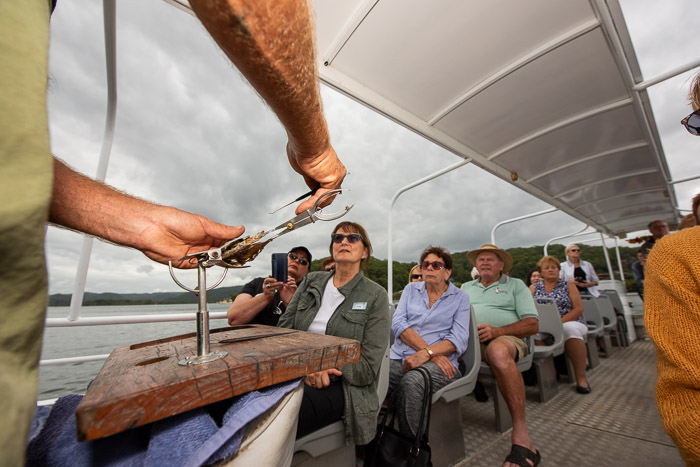 But most of the time, in editorial photography, which is what a geographic assignment is, I have to eventually interrupt them and take control. I ask them to step over here where the light is better, or to freeze that action, or to repeat it.

Frequently, while they’re busy, I’ll even do a whole set up, re-arranging the furnishings and background, setting up one, two or three lights, and when I’m satisfied, asking the subject to step into my shot. I still try to make it look as candid as possible. Fortunately, this sort of control is permissible in editorial or magazine photography, while it is frowned upon in newspaper photojournalism. I tried that style for a while in my early days but quickly gave up. Imagine chasing people on the streets or using on-camera flash at political events? I’d rather create aesthetic portraits with beautiful compositions, so It just wasn’t right for my personality. 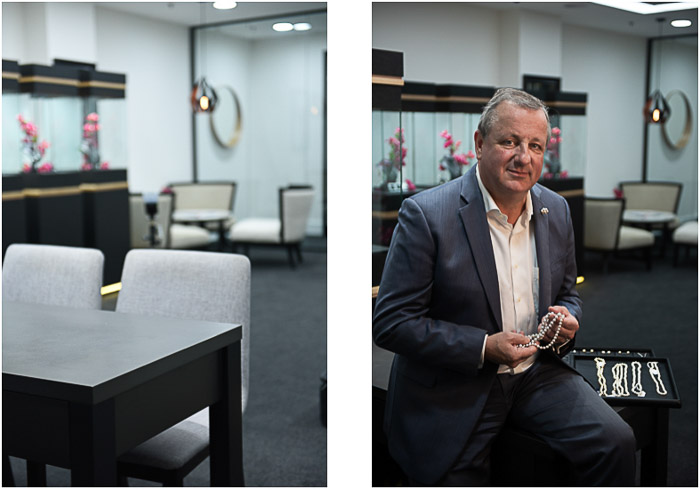 I visited an exclusive jewellery store in Sydney to photograph where the pearls end up. The owner was obviously a busy man so I set up everything exactly as I wanted it before asking him to step into the shot for my final adjustments.

I haven’t quite got to Annie Leibovitz style yet, ie, complete control down to the last detail, but I have a sense of pride knowing that I’ve done my utmost to make the people of my story come across as intelligent, accomplished, attractive, or whatever flavour the story demands that I bestow on them.