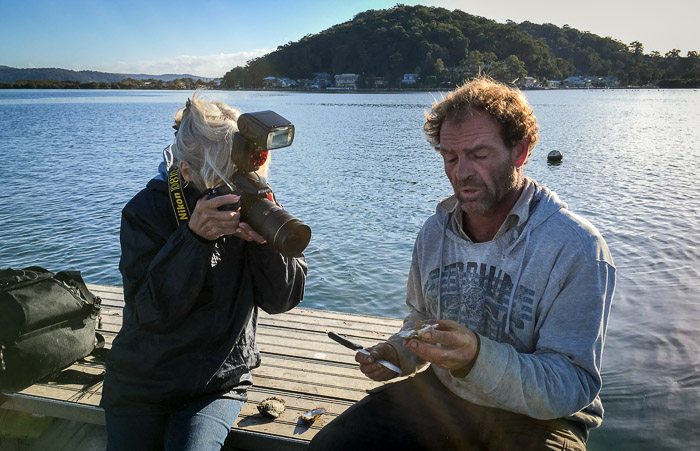 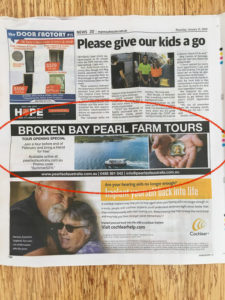 Sometimes you’re lucky enough to get a call from an editor asking you to do a photo assignment. But sometimes you have to initiate the contact yourself. If your relationship has developed over the years to one of mutual trust, then chances are high that the magazine’s editors will listen to your idea and commission you to carry it out. That’s what happened with my story on pearl farming in New South Wales.

As if often the case, the story came into my consciousness by chance. I simply noticed an ad in my local newspaper for tours to a pearl farm. What!! Pearl farming?? Not only was this happening in NSW (never before heard of) but in a region called the Central Coast – which happens to be my very doorstep. I immediately thought it was a great story for one of my magazine clients, namely Australian Geographic, as well as an ideal opportunity for me.

I specialise in both nature and wildlife photography. Sometimes I’ll shoot stories about wildlife, like covering a particular species. But I also love the “nature” part which is more about small things, like insects, flowers, or, as in this case, oysters. I was already familiar with the region around me and its fame for farming edible oysters – but I was completely stunned to learn about pearl cultivation in these waters. I knew that, if it had such an impact on me, it would make a good story.

So it was time to for a proposal, what writers call ‘making a pitch’. I had done a story for AG that was sort of related, on the Hawkesbury River, so they would already have a sense of how I would handle this one. 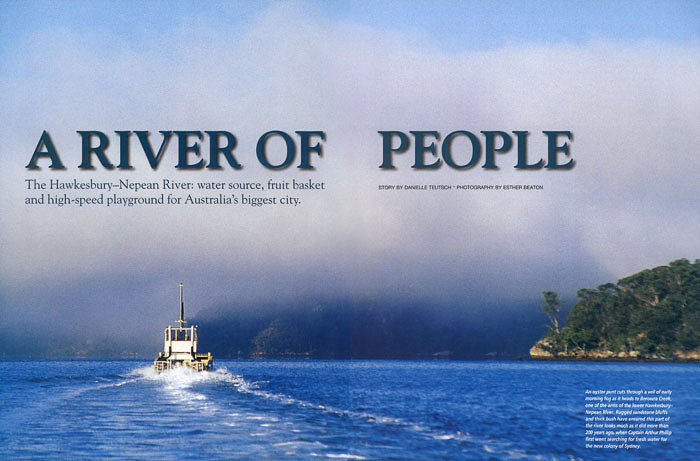 After years of carrying out assignments and submitting many proposals, I’ve learned the elements that will make a good magazine feature:

This topic had it all. It had not one great storyline, ie, how this new industry came in to being in this most unlikely location on the outskirts of Sydney, but there were several fascinating spinoff stories as well, which would give it longevity. I made sure all these points were covered in my proposal.

The beautiful Brisbane Water, with its many shelters bays and inlets, is an area on my doorstep which I couldn’t wait to explore and photograph.

There is one more factor that is relevant to me in particular: is this a story I want to tell and to photograph? If you offered me an assignment to shoot NASCAR racing I would definitely turn it down. But a nature story? On my doorstep? I was completely enthralled with this discovery of mine, and boy oh boy, was I ever motivated to produce this feature!

I quickly dashed off a short one page proposal to Australian Geographic. Normally you have to wait a couple weeks to get an answer. There’s a lot of things for an editor to check: how such an idea fits in with their upcoming editorial calendar, whether something similar has already been done, etc. I was taken completely by surprise when I got the go ahead in two days! 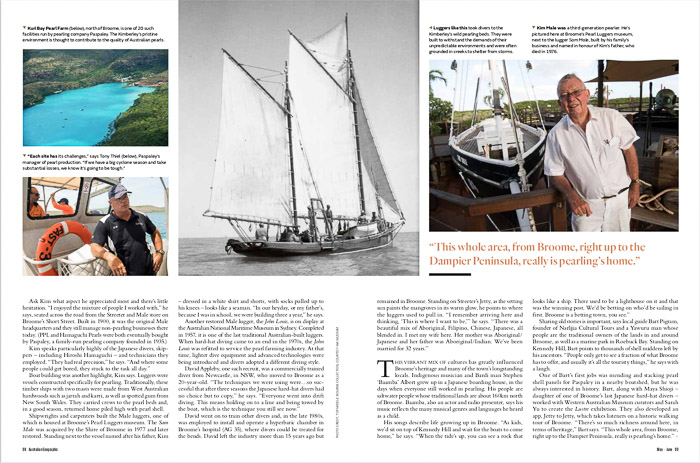 Australian Geographic had published a story on Western Australia pearl farming just a few months previously. Would I be able to make my story completely different?

But there was a catch. They had already covered pearl cultivation in Western Australia – one of the major pearl areas in the world and famous for some of the biggest gems every grown. I was warned that my story had to be completely different. No worries! My preliminary research had verified it certainly would be.

I was out on the beautiful waters of the Central Coast within two days, happily shooting my little heart out, so proud to be able to bring this unique and wonderful story to the world.