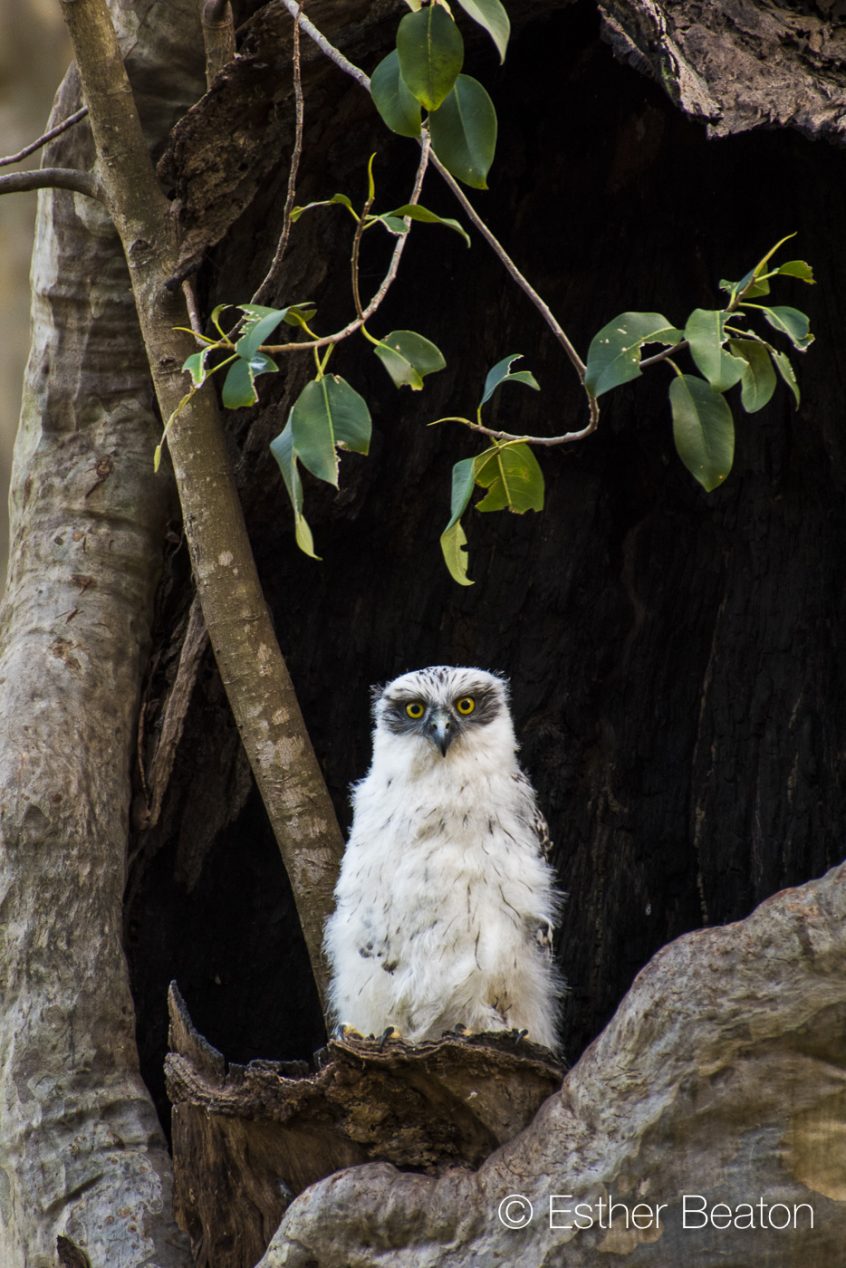 This portrait, of a Powerful Owl chick waiting at the nest opening, has been carefully composed to pick up the interesting shapes of the tree hollow and the curly green tendrils.

Sometimes, when I’ve been judging photo competitons, I’ve had to evaluate an image where the subject in the photo is wedged so tight in the frame that you get an uncomfortable feeling looking at it. When I’ve commented that “there’s no room to breathe” the photographer usually rebuts me by saying “but I’ve been criticised in the past for not cropping tight enough!”

This puzzled me. Why would other judges give such advice? Then I realised what was going on. The photographer must not have composed the image carefully. Or maybe had left a lot of distracting stuff in the background. The only improvement the judge could offer was to “crop tighter”. This tightly-cropped portrait of the same Powerful Owl chick is cute enough – but doesn’t tell much of a story and lacks colour.

But tight cropping is not the solution for faulty composition. It will get you out of trouble, sure. But nothing wins so much as a perfectly balanced composition – one which brings full attention onto the subject in the photo.

There are other benefits of not cropping too tight. The environment around the photo tells more of the story about the subject. The eye can wander around happily taking in more information. The play of shapes and lines and textures can create so much more mood. Careful composition is what turns a photo into “art”.

And another benefit that is strictly technical, is that you don’t have to approach so closely. This is important in bird or animal photography where you would otherwise scare the wildlife away.

So do try it. Even in post production when you’re tempted to be savage with the crop tool, hold off and ask yourself why you’re doing it. Out of habit? To fix a mistake?

Just remember next time you’re behind the camera: avoid the crop, try to create an artful composition instead.